The 80th Anniversaries of the Battle of the Coral  and Java Seas will be commemorated at the Cenotaph, Martin Place, Sydney NSW at 11am on Friday 6 May. For further information about this commemoration contact: Mr Keith Grimley President, Naval Association of Australian (NSW), nswpresident@navalassoc.org.au

The Battle of the Coral Sea was a World War II engagement between combined Australian and US forces that took place between 4 and 8 May 1942. This battle stopped the Japanese from invading Port Moresby by sea. It was the largest naval battle fought off the shores of Australia and the first battle ever fought from aircraft carriers. No Australians were killed in the Battle of the Coral Sea but 550 Americans were killed or wounded and the US aircraft carrier. USS Lexington was sunk. More than 1,000 Japanese were killed. 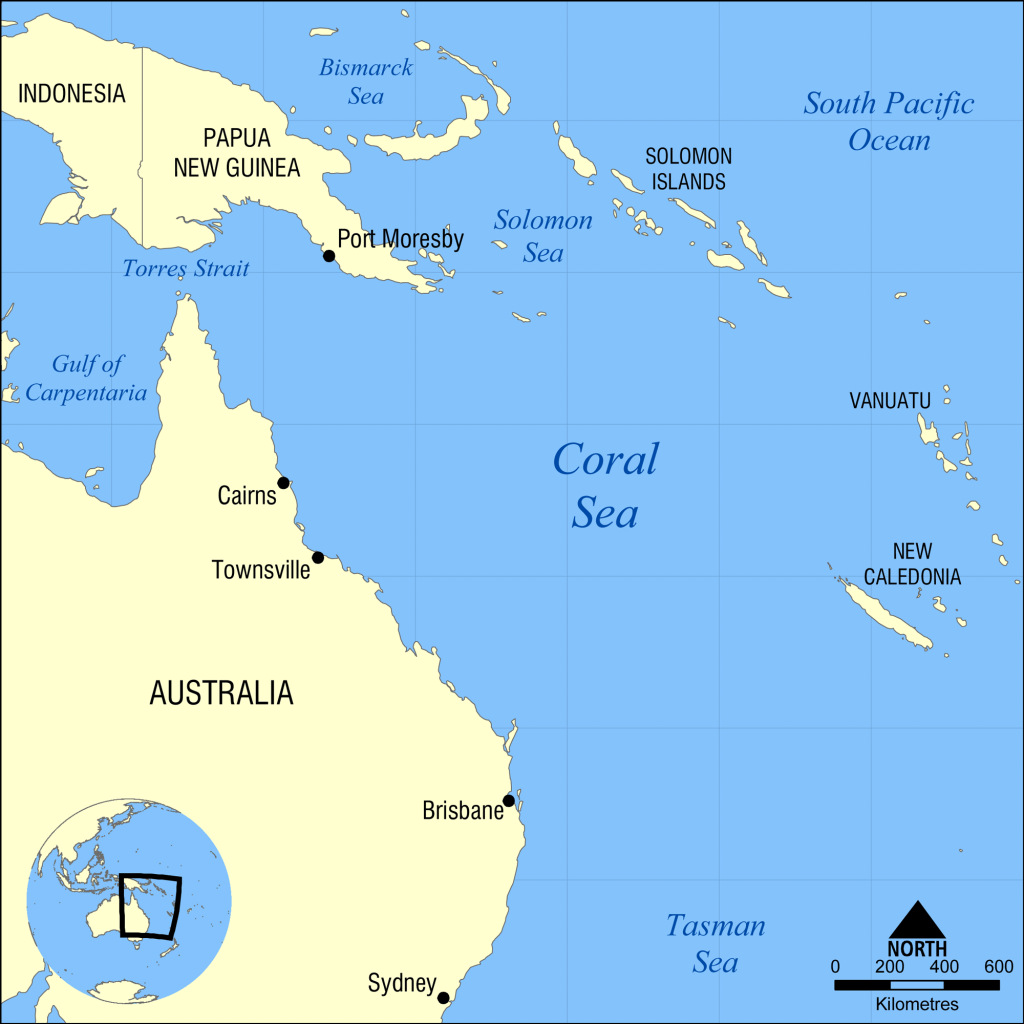